We are both delighted and saddened to announce the retirement of professor emeritus and senior lecturer Larry Meiller! Larry joined the Department of Life Sciences Communication (formerly Agricultural Journalism) in 1967 as a graduate student. It was around this time he began teaching radio class in the department and he continued to teach through his PhD. After completing his PhD, in 1975, Larry was hired as a faculty member in the department and has since immensely contributed to the education and training of future journalist and broadcasters and has instilled the love of radio to many undergraduate and graduate students – in Wisconsin and beyond. He was also an innovator as he started studying community engagement dynamics for environmental and scientific issues many decades before they were recognized as crucial elements around the world. In 1979 he had published, among many other seminal work, an influential paper titled, “Communication Experiments in Building Community Consensus,” which addressed the problems of identifying community development priorities and building community consensus. 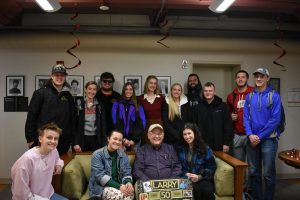 Larry has been a committed educator. For many years, he has taught our introductory radio course, Information Radio, to approximately 20 students each semester in LSC radio labs. The course teaches students the basics of radio writing and speaking on air, operating digital broadcast equipment, and producing information radio programs. For the final project, students were tasked with producing a half-hour information radio program along some natural science, consumer, or international theme. Additionally, Larry has served as an advisor to more than 500 undergraduate students and has served in the graduate committees of more than 25 Masters and Ph.D. student. Many of these students, who often now have successful careers in broadcasting and journalism, have nothing but enthusiastic words about Larry’s teaching and advising.

The quality of his teaching and advising is further demonstrated by his numerous awards, such as the Excellence in Advising Award from the UW-Madison College of Agricultural and Life Sciences (CALS) in 1990, the Excellence in Teaching Award from CALS in 1989 and the Arthur J. Maurer Extra Mile Award from CALS in 2004. Additionally, Larry received the CALS Distinguished Service Award in 2004. It should be noted that Larry’s service to education in broadcast and journalism is not limited to Wisconsin. He has also provided significant instruction in radio, TV, and print to professionals in 11 different countries. 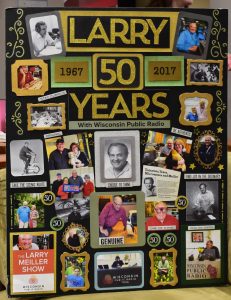 Larry has also been honored with numerous awards for his journalism and broadcasting work over the years. In 2017, Larry was inducted into the Wisconsin Broadcasters Association Hall of Fame for his own program “The Larry Meiller Show” on Wisconsin Public Radio. His show is the longest-running call-in program in Wisconsin. In 2019, he was the recipient of the Wisconsin Garden Club Federation Award for his “exceptional and outstanding accomplishments in promoting responsible gardening and environmental practices in his work as host of WPR’s Garden Talk.” Larry was also inducted into the Milwaukee Press Club Media Hall of Fame for his countless contributions and commitment to journalism. 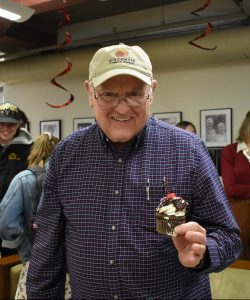 When asked to reflect on his time with LSC, Larry said “I’ve been blessed with fantastic colleagues who have created a family and supportive environment for me. I’ll have lasting memories of those colleagues and the many students I’ve advised and taught over the years. They have given me a wonderful career.”

But even after Larry’s retirement, Larry’s influence on LSC will be felt for years to come. Larry has created a scholarship in his name and his endowment will continue to benefit undergraduate and graduate students enrolled in LSC. Larry will also continue to be an active member of the LSC community as he will continue to work for LSC as an Emeritus Professor on specific projects that will benefit from his deep expertise. 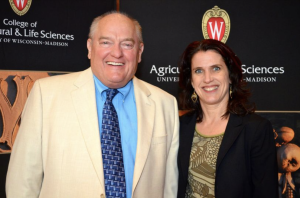 “We are of course sad to see Larry retire from his teaching position,” says Dominique Brossard, Professor and Chair in LSC.  “It is hard to summarize in a few words the profound impact Larry had in our field in general and our department in particular.”

From all of us in LSC – thank you Larry for everything and best of luck in all your future endeavors!