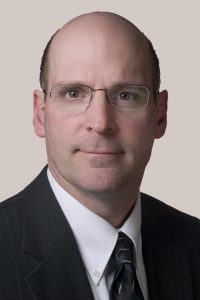 Robin Shepard serves the Department of Life Sciences Communication as an associate professor with expertise in environmental communication campaigns and evaluating non-formal education and extension programs. Much of his campus-based academic work has focused on the human and social science dimensions of natural resource management.

Shepard is currently the executive director for the North Central Cooperative Extension Association (NCCEA), an organization comprised of 13 universities from 12 states. In this capacity he works directly with Cooperative Extension deans and directors to support multi-state programming across the upper Midwest region of the United States. His work also involves representing member universities at the federal level with partners and policymakers.

He has held a number of administrative positions with the University of Wisconsin. In 2008, he served as interim provost and vice chancellor of UW-Extension until becoming executive director for NCCEA. As provost and vice chancellor he was the chief academic and operating officer, overseeing educational programming in the institution’s four divisions: Broadcasting and Media Innovations; Continuing Education, Outreach and E-Learning; Cooperative Extension; and Entrepreneurship and Economic Development.

Prior to being vice chancellor, Shepard was assistant dean/director and state program leader for the Community, Natural Resource and Economic Development (CNRED) Program within Cooperative Extension for six years. In that role he was responsible for more than 100 state specialist positions on 10 different campuses and over 50 community based educators.

Beyond his primary academic and administrative responsibilities, Shepard is perhaps just as well known for his historic brewery walks and presentations. The Wisconsin Alumni Association, for example, invites him to present to alumni across the country to share is expertise in Wisconsin brewing history and his knowledge of the state’s most iconic beverage. In 2006 he received the WAA’s Award for Outstanding Outreach and Teaching for his informative and often entertaining look at the culture of beer. In 2012 he led a group of UW alumni on a 12-day educational tour through Germany, which included cultural and natural history — and, yes, a study of beer.

His book “Wisconsin‘s Best Breweries and Brewpubs: Searching for the Perfect Pint” was given the top book prize in 2001 by the North American Guild of Beer Writers. He’s also written two additional books about the brewing industry, and he is asked to regularly contribute to popular press coverage of the brewing industry with more than 400 beer reviews, travel articles, and stories.