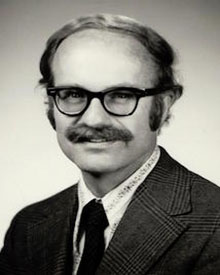 Lloyd served as a professor in the Department of Agricultural Journalism (now LSC) from 1959 to 1994 where he taught dozens of courses in publications editing, production, and journalistic writing.  During his tenure, he was awarded the Emil H. Steiger Distinguished Teaching Award in 1983, the highest honor in teaching on the UW-Madison campus. During much of his time Lloyd also served as the college’s publications editor. Bostian’s research focused on the effectiveness of print media, the impact of technical and scientific writing styles, readership, and the use of technical information. His research also examined the communication habits of Wisconsin women employed outside the home.