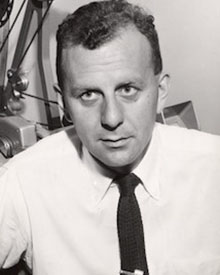 Fritz Albert (Deceased) was an award-winning documentary filmmaker and photographer. He joined the department in 1954 and during his tenure he produced more than 100 films on agriculture, natural resources, and rural development. His research focused on technology transfer via film or video, the role of film in rural and international development, and international distribution of nontheatrical films and videotapes.