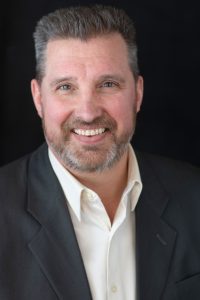 Gunther Paul Nelson is a broadcast television professional and a lecturer on digital media in the Department of Life Sciences Communication. For over 25 years, Nelson has provided award-winning production for broadcast and corporate clients. He has provided services for many of the major networks including: ESPN, ABC, NBC, CBS, CNN, and Fox News, for shows such as: Good Morning America, SportsCenter, CBS This Morning, and Jimmy Kimmel Live.

After graduating from Marquette University, Nelson returned to MU as a staff producer/director and later as a faculty member specializing in television production. Nelson’s varied professional background includes single and multi-camera production, both live and recorded. He has directed satellite media tours, basketball games, and large corporate events. As a videographer, Nelson’s assignments have taken him underwater with sharks, in the locker room for NFL games, and in the operating room documenting open-heart surgery.

A Master SCUBA Diver Trainer, Nelson enjoys traveling and discovering new dive sites. He resides in Mequon with his wife Trish and their Belgian Shepherd, Odin.